BACK TO MAIN INDEX

The original Gloucester Road surgery was established by 2 GP’s in 1947 and was sited on locally named Pig-Sty Hill in Bishopston. Our more senior patients will remember some of the past Doctors who manned the surgery over the years including Dr Stock, Dr Heron, and Dr Bunting.

With a pressing need to provide an expanding range of services and to modernise the practice, it eventually became necessary to find a site on which to build alternative premises. As it is a formal requirement to stay within a half-mile radius of an existing surgery, finding a suitable place was going to be tricky. We were delighted to learn of the availability of a ¾ acre cleared site, which had originally housed the Gloucester Road Tram Depot dating back to 1892.

Unfortunately, the tram system went into decline around 1938 and the last tram was destroyed in 1941. From then on, this plot of land had a number of other uses including a car showroom. However, we were able to purchase the site in 1992, still complete with 6’ deep tram inspection pits and railway lines, albeit buried under a lot of concrete.

The following photographs show work in progress with the diggers and staff surveying the site. 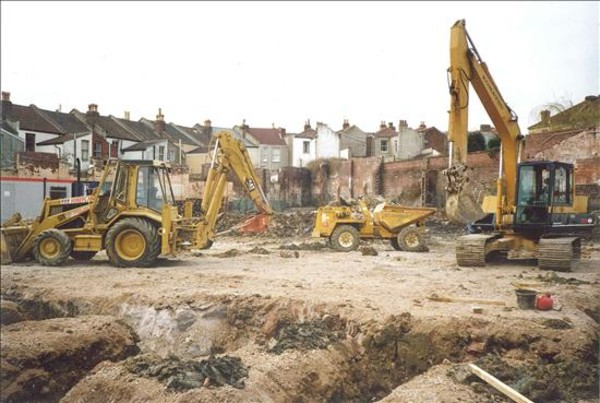 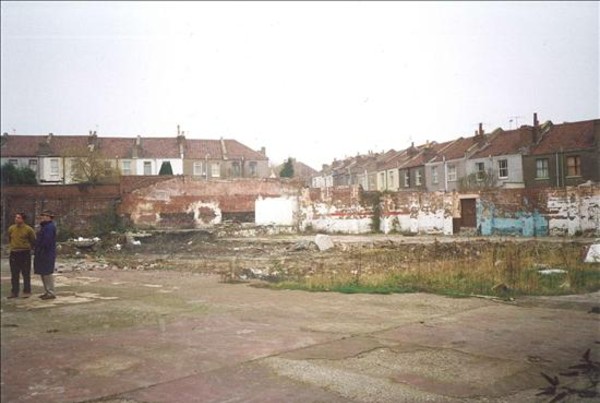 Our purpose-built new medical centre opened in September 1993 and nominally bears the name Tramway House. Indeed, we have endeavoured to retain several of the site’s unique features including some of the original tramlines that were unearthed early in our excavations. The following photograph shows previous staff member Dr Anthony Smeeton with Ms Anne Crabtree, a very loyal and keen supporter of the practice cutting the tape at our official opening. 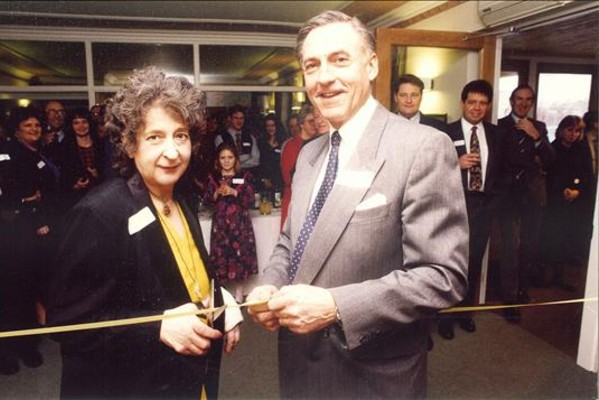 In 2020, the practice embarked on an exciting and much-needed building expansion project. This renovation lasted 16 months in total and involved large extensions on both sides of the building.

The work has extended the building significantly, giving us 9 new clinical spaces, a large admin suite, as well as an enlarged waiting room. Staff spaces have been modernised and expanded, and the opportunity to refresh some of the original clinical spaces has also taken place.

We recognise that the project caused disruption for staff and patients alike and are grateful for the support and patience received during this time. We hope that all who attend the practice will benefit from this building update, allowing the practice to provide a larger service to patients, along with striving to make a warm and welcoming space. 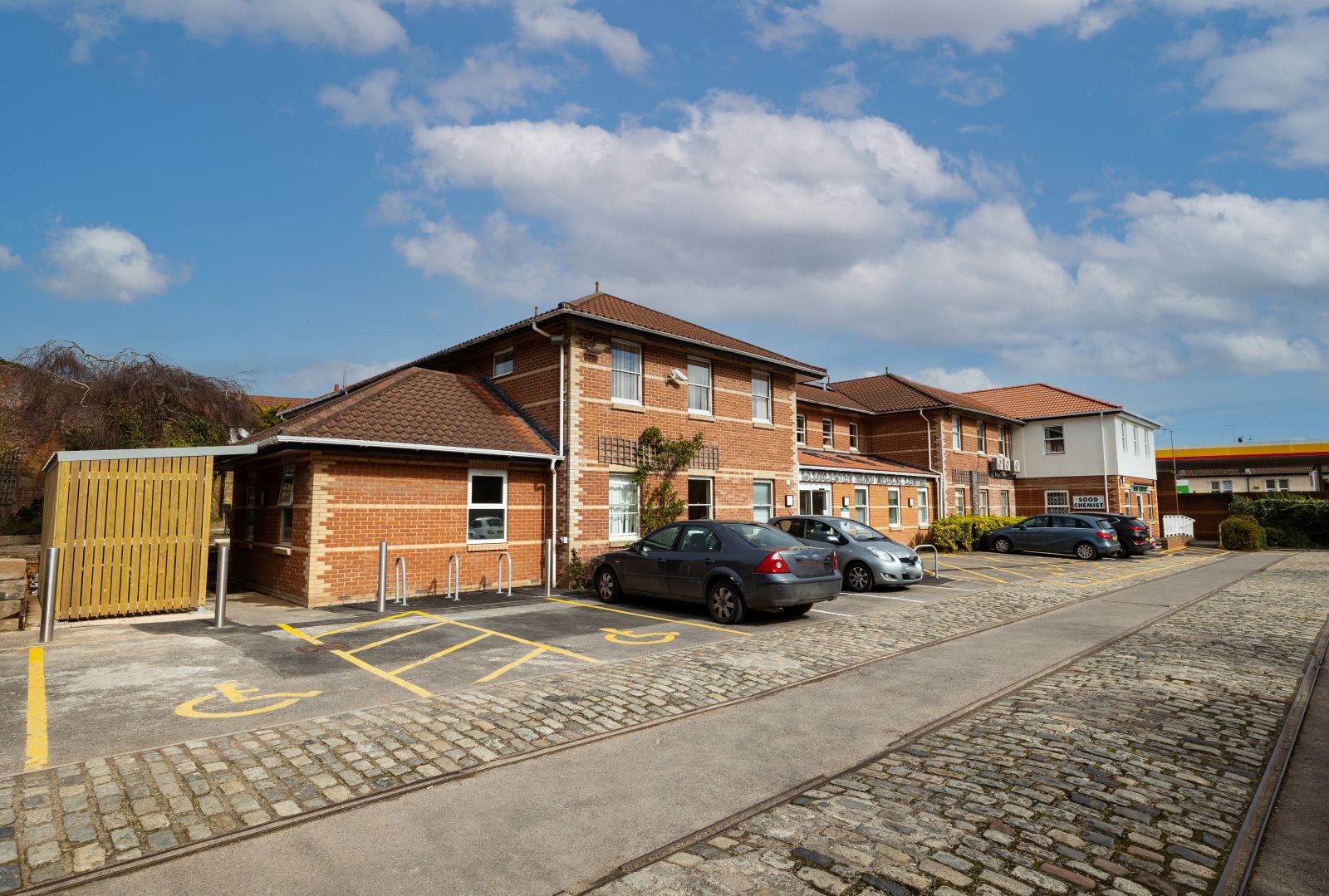 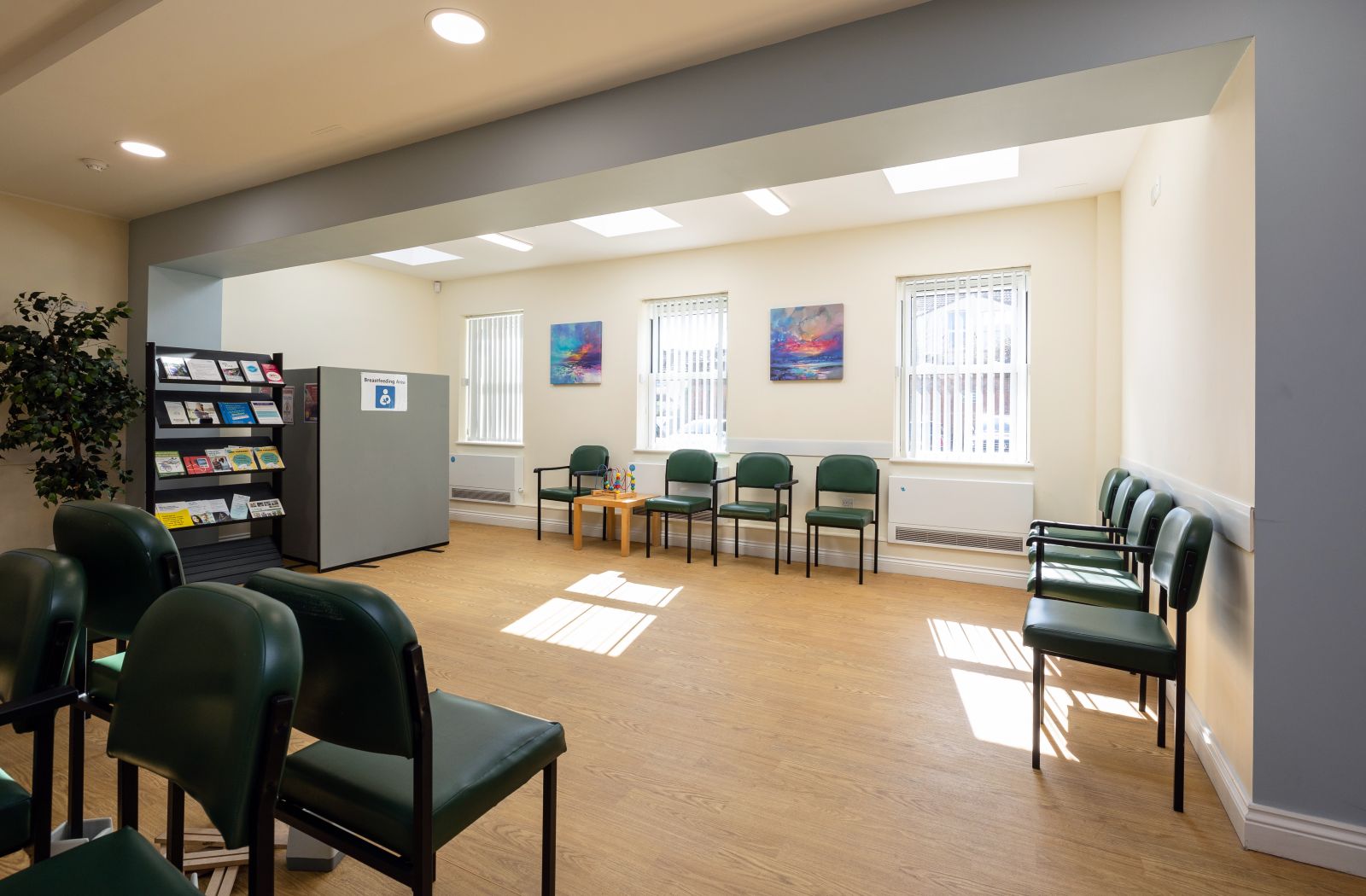 As our medical list has grown from 10,200 in 1993 to its current 21,000+, so has our compliment of GPs and staff from 18 to over 50. We consider ourselves fortunate that many have stayed with the practice over the years, which we hope engenders an air of familiarity and trust for patients.